We carry out a full range of services in both  Commercial & Industrial properties, including:

Our Liverpool commercial electricians are dedicated to providing quality, innovative and cost-effective solutions for commercial customers. We ensure each project is completed within the specified time to meet the highest standard of clients. Our professionals aim to offer every customer with a seamless service to lessen interruption and stress while delivering results that offer the best value for their money.

How our commercial electricians work

After receiving your enquiry, our Liverpool electricians will meet you at first and then conduct a site visit for all your possible options. Our approach for every commercial job we undertake is giving advice initially and then providing appropriate quotation of all the options to fulfill your need. We will help you to solve your commercial electrical problems so that you may not face unnecessary difficulties in your work.

Trust our professionals to take control of your Electrical needs

Trust our professionals to take control of your Electrical needs

Control your home from your smart phone

Professional, efficient, and tidy. The Arc team has done a great job at our home rewiring the whole house and have upgraded the fuse box to a high-end box. Great team of skillful and trustworthy workers, we would highly recommend them for any works in the future.

As a partner to numerous commercial clients we have built our reputation on quality, developing solutions to help business owners stay safe and powered in every scenario, or save money through efficiency and upgrades.  Most importantly, we take our responsibility as approved commercial electrical contractors in Liverpool very seriously to ensure that our clients and the public are protected from potential harm by maintaining compliance with all UK standards.

If you are looking for commercial electrical contractors in Liverpool then contact us today to see how we can help.

Liverpool is the capital city of the metropolitan borough of Merseyside in England, United Kingdom, sitting along the eastern side of the Mersey Estuary. It was founded in 1207 but was not granted city status until 1880. It is the fourth most populous British city with a population of 552,267 in the built-up areas.
Historically, Liverpool was a part of the county of Lancashire.

The city’s expanded greatly from the 18th Century, largely brought about through its status as a major port. Trade from the West Indies, Ireland and mainland Europe, coupled with close links with the Atlantic slave trade, furthered its economic expansion. By the early 19th century, 40% of the world’s trade passed through Liverpool’s docks, contributing to its rise as a major city. Liverpool is also well known for its inventions and innovations, particularly in terms of infrastructure, transportation, general construction, and in the fields of public health and social reform. Railways, ferries and the skyscraper were all pioneered in the city, together with the first societies for animal and child protection, the first schools for the blind, for working-men, and for girls. 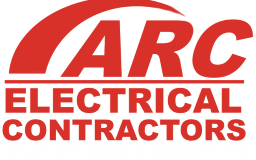